The “Roles” submenu allows you to quickly define any number of roles for your application:

You can use the Role Level mechanism to create organizational role hierarchies. In the example shown below, there are six corporate roles divided among three overall role levels.

NOTE: By default, all roles are assigned Role Level 0.

Custom Permissions can be used to create any required permissions for your SaaS application. You can add, edit or delete these permissions as desired. 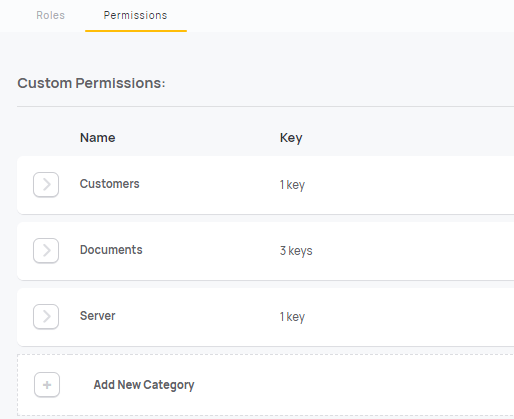 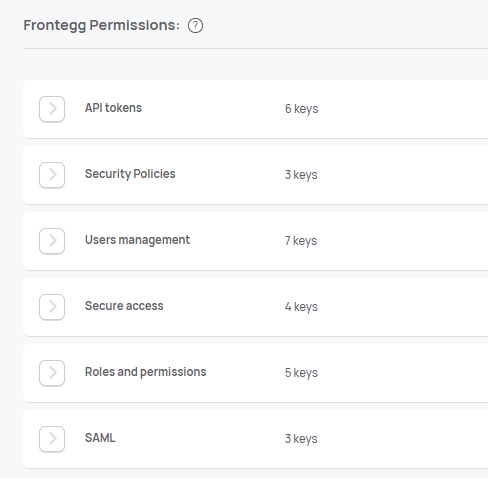 Permissions are always organized within permission categories, where the categories serve as logical groupings. This is true of both Customer Permissions and Frontegg Permissions.

Categories serve as simple holding folders for a group of related permissions. But keep in mind that each permission must be edited individually.

In this example, the "Documents" category contains the three permissions titled: 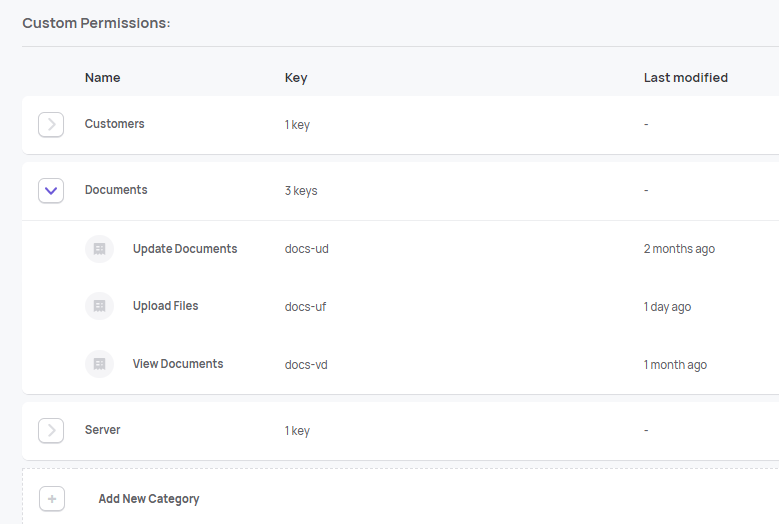 In this example, the "Security Policies" category contains the following three permissions: 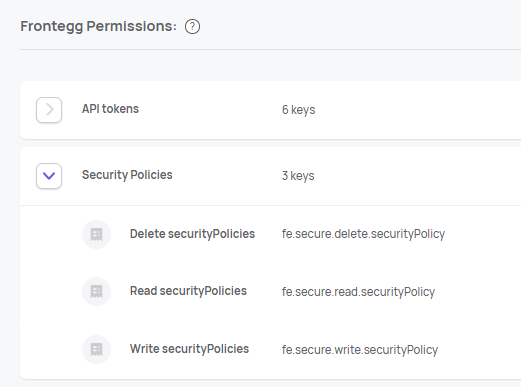 Disable roles & permissions if your app requires no user hierarchy. Enable this feature if you have multiple role levels within your application, “Admin”, “Editor”, “Viewer” - just to name a few.

In disable roles & permissions mode, every authenticated user will be allowed to send requests to frontegg build in features without Frontegg Permissions enforcement. 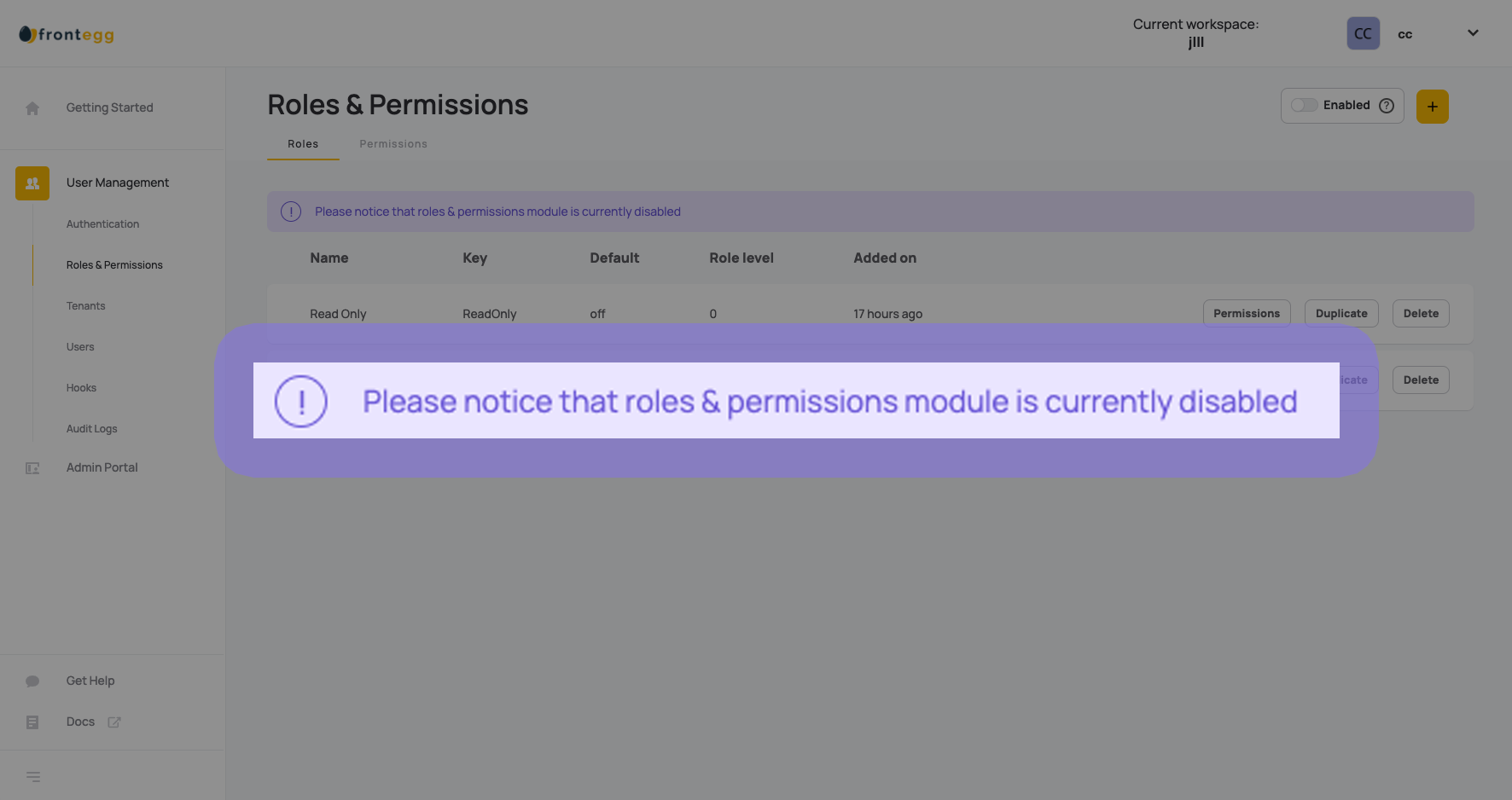